The keeill at Ballaquinnea is dedicated to St. Fingan and sits in a little enclosure of Larch trees known as the ‘Faerie Orchard’, a name which suits it perfectly.  The keeill is entered through a number of large stones standing on end, they make for a rather impressive entranceway to this well preserved and interesting site.

The site is just off the Glen Darragh Road and very close to Keeill Lingan just further up the hill.  It has been fenced off since the then owner of Ballaquinnea, Mr Cowin, offered it to the Manx Museum and National Trust as an Ancient Monument in 1930 and they have cared for it ever since.  I have no idea who planted the daffodils but it was a lovely gesture which added to the peace and beauty of this place. 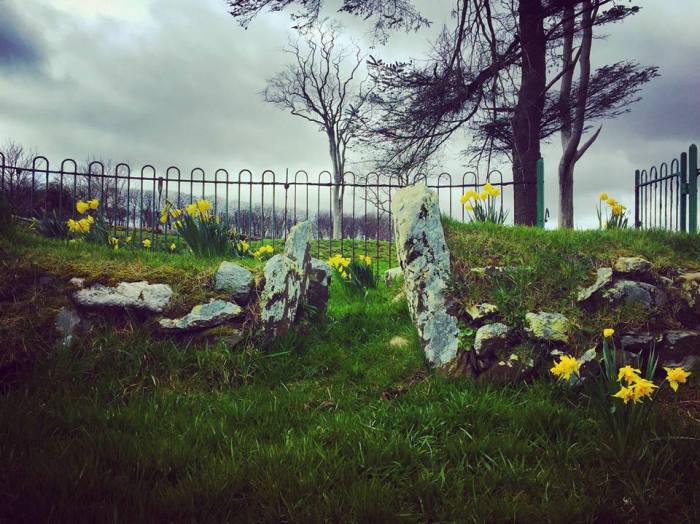 The Ballaquinnea Keeill was surveyed as part of the First Report of the Manx Archaeological Survey around 1908.  They found the keeill to measure 16 by 10ft. with walls around 4ft. thick, the remains of an embankment was still visible against certain areas of the walls.  The doorway was found in the west end along with three upright jambs on each side, it looks the same as it was when a drawing was made for the ‘Archaeologia Cambrensis’ (1866):

There were traces of the window in the south wall but without the sill although the sill stone from the window in the east wall still remained 30in. off the floor, the window would have measured around 18in.wide on the inside.  The base of the altar was in situ at the east end of the building, it sat 7 or 8in. above the pavement and had two upright pillars still in place which are visible on the photo below from 2016.

The outline of the altar was marked by small stones along the edge (see on plan below) instead of the usual long slab often found in this position and the floor was paved with small stones, the remains of two broken cross slabs were built in to the altar.

The enclosure measured 43 yards north by 53 east and west, it was artificially raised and had an embankment of earth and stones measuring 5 to 6ft. high at the east end with an outer ditch.  A stream which Kermode thought had been diverted in recent times, would have originally come down to the centre of the western embankment where it divided to flow all around it.  They found ‘semi circular hollows’ marked by stone against the inner face of the embankment which are thought to mark the position of small cells, the site was thought to be similar in appearance to a ‘small fortified position’ which seemed unusual and very different from the nearby Keeill Lingan.  They found some graves and many of the usual white quartz pebbles.

As you can see from the number of photos that were taken, we enjoyed our time in this tranquil little spot.  The keeill is really very well preserved, it’s a good ‘un and we liked it a lot. 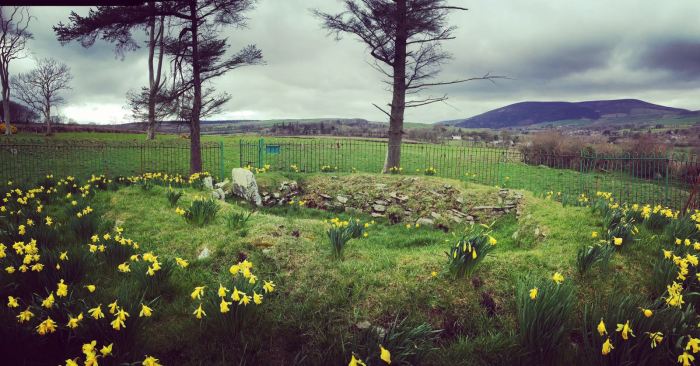 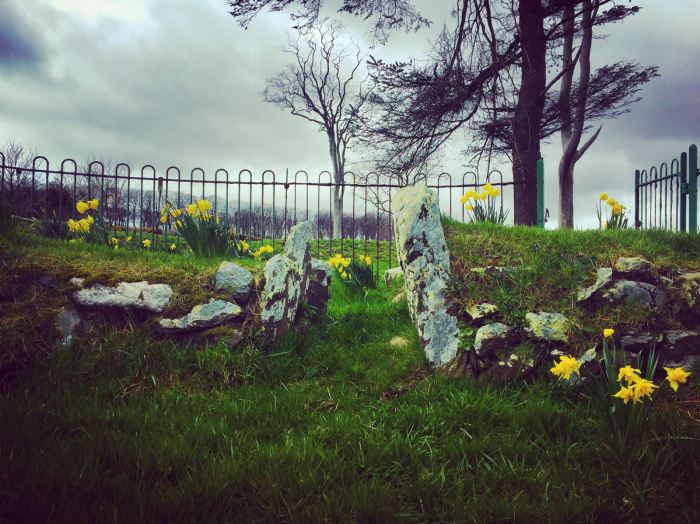 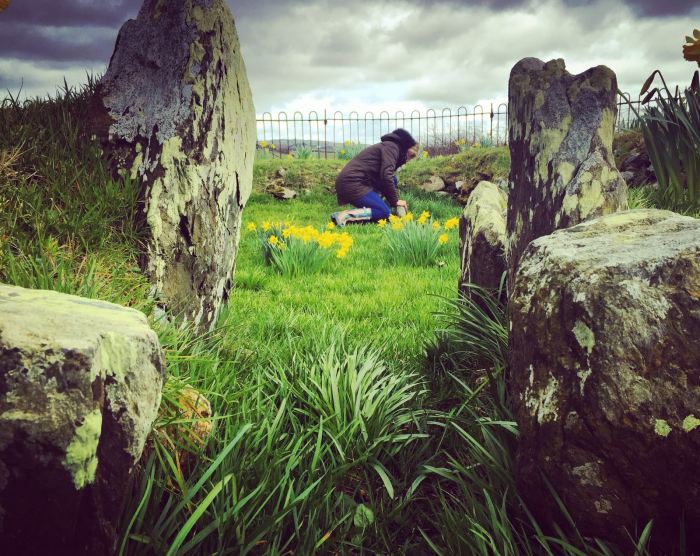 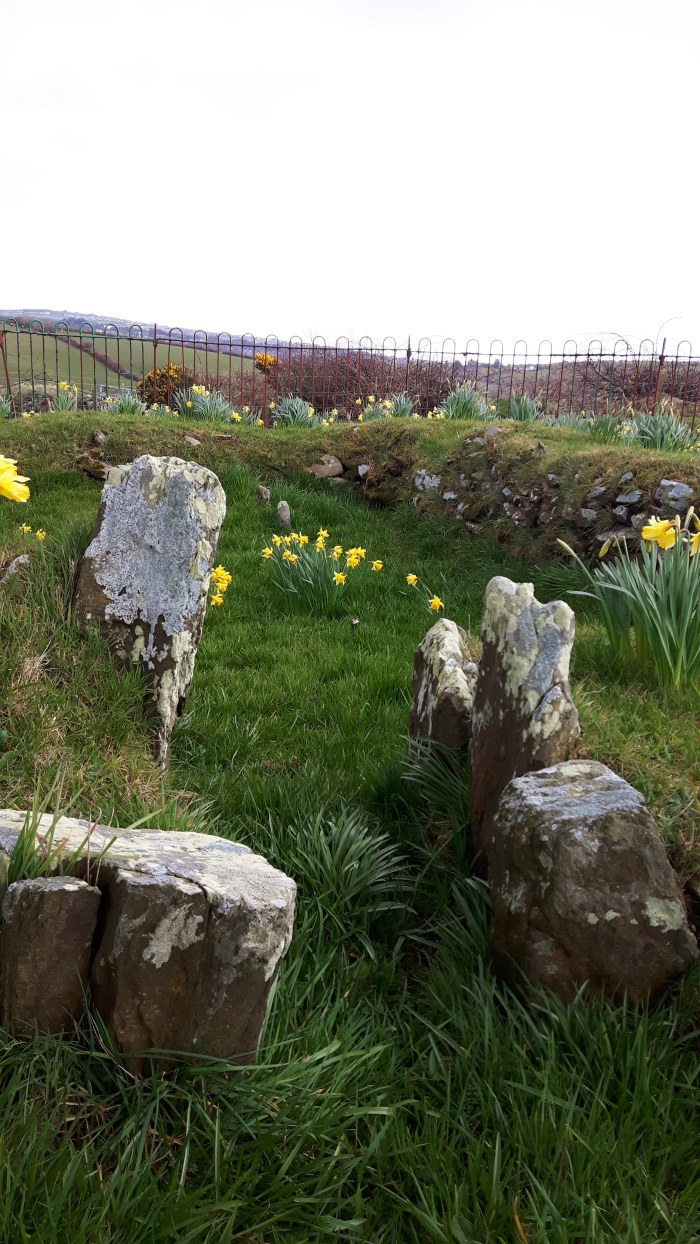 What is a keeill?